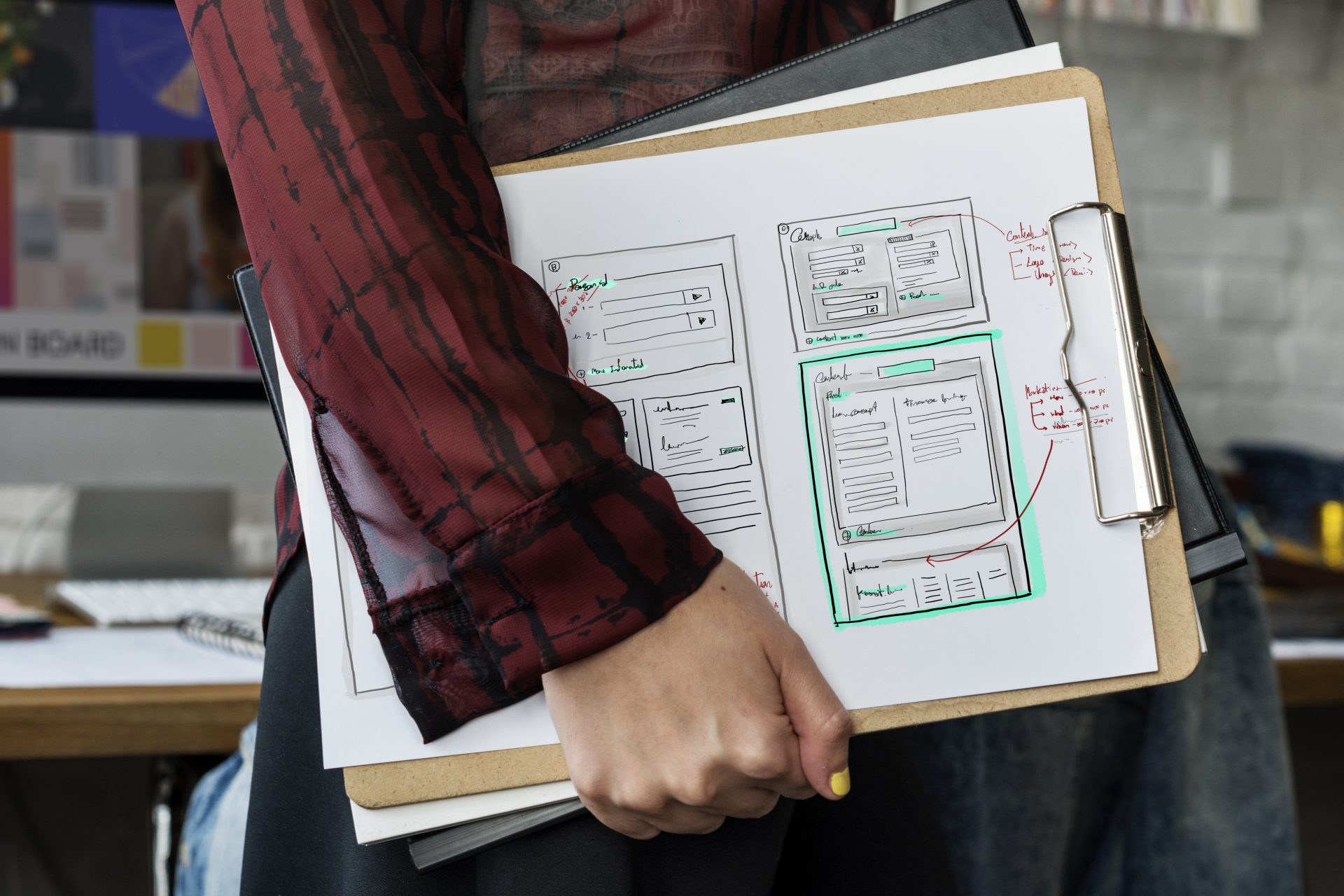 We go through the individual practices involved in the making of a website. This post is the second of a two-part series on the practices of web production.

Now that we’ve looked at our process of web production, it’s time to go through the individual pieces that make up the whole. Regardless of which industry we belong to, we’re all aware of our job title, or titles, and what that job means we’re expected to do. However, thinking about distinctions based on jobs ends up being unhelpful.

People, by virtue of not being circular, do not fit inside Venn diagrams, and any such classification comes with a conga line of asterisks. However, if we were to look at only the individual practices of web production, we can come up with a series of diagrams.

A small mountain of PHP, HTML, CSS and JavaScript makes up the web application. Most modern websites employ all four and each of them provide a different facet of feel or functionality. 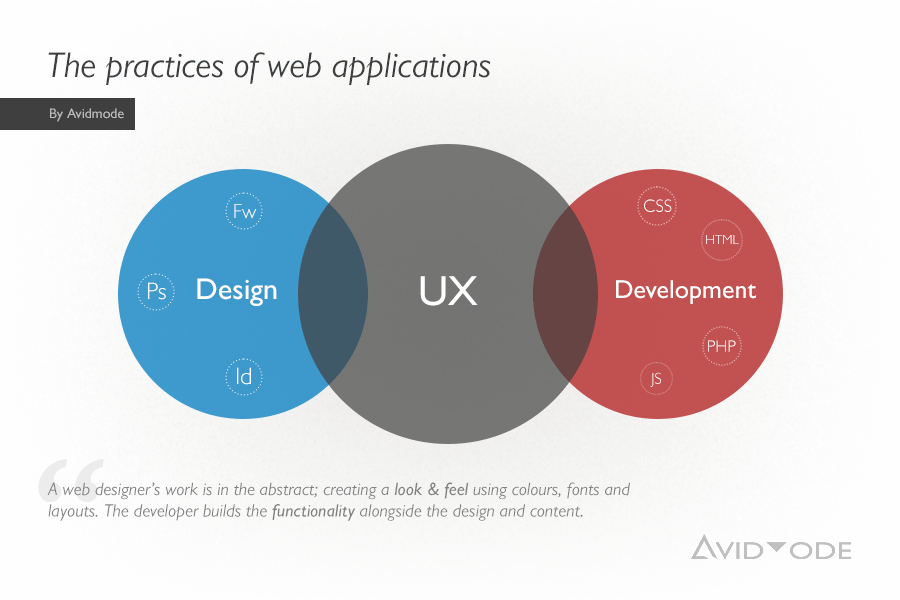 There is a prevailing sense of overlap between web design and development, likely due to how a person rarely ever does only one of them. Any web designer will be able to code up their work using HTML and CSS, and they will have basic knowledge of both server-side and client-side scripting, PHP and JavaScript respectively, and a web developer will understand how their framework interacts with the front-end, especially in the case of user interface elements.

I would suggest that instead of overlap, the two belong to a dichotomy of which both parts are equally important to create the final product.

Written content, put simply. For many websites, this is the intended purpose; delivering content. Depending on the aim and type of website, the style of writing changes dramatically. 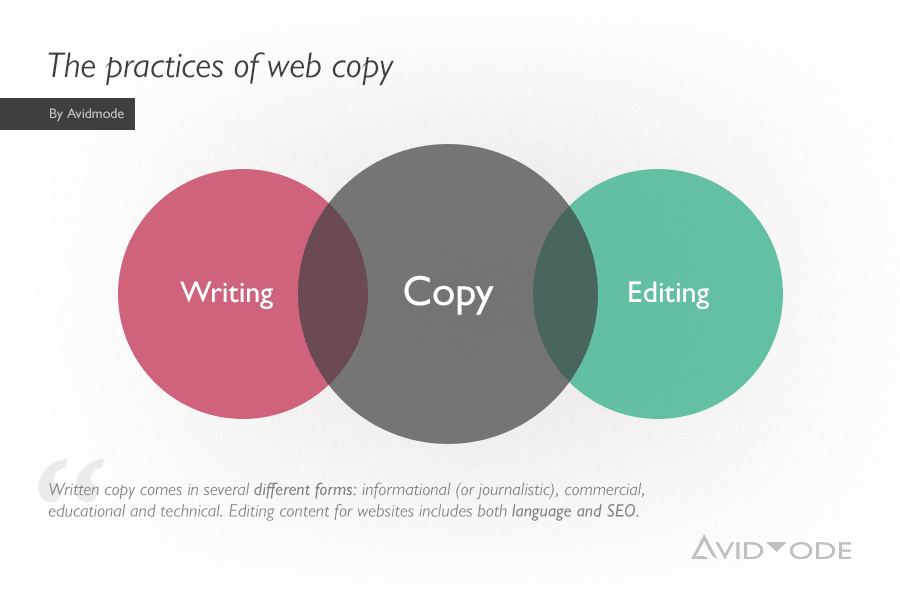 If the web application is a house, then the imagery makes up the pictures on the walls, the wallpaper and the giant sculpture of Matt Mullenweg in the front yard. When imagery is part of the web production process, it is typically separated into two distinct types. 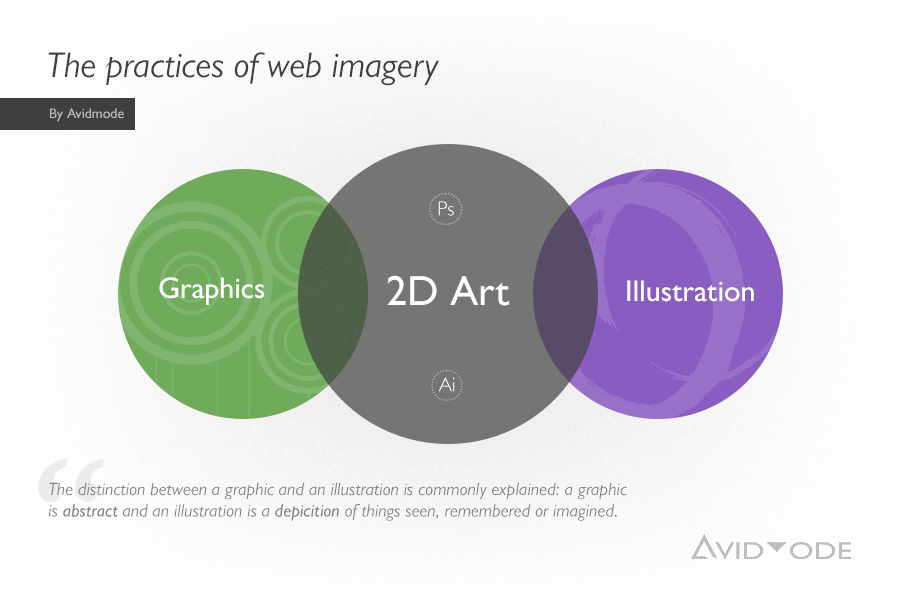 Although an illustration is by definition a graphic, language has evolved to separate the two. A graphic is something abstract, such as the diagram above. If you were to draw a picture of me making the diagram, that would be an illustration.

Once the individual parts of the website have all been delivered, it’s up to the QA team to make sure everything is as ordered and continues to run until it’s time for another cycle.

This covers the most common practices involved in web production. As it is an industry that is evolving quickly, more practices are being adopted all the time. For example, video might one day be considered part of the web designer’s job as HTML and JavaScript applications become more sophisticated, at which point there’ll be another circle in the diagram, and another statue of a well-known figure on the front lawn.